One of my goals for 2018 was to make more one day trips from Rome. Even though the best places around Rome can only be seen by car, there are quite a few destinations that can be reached by train. Anzio in Italy is one of them! I had a beautiful day trip to Anzio from Rome and enjoyed the beach. See my photos below, read my story and discover all the interesting things to do in Anzio.

HOW TO HAVE A DAY TRIP TO ANZIO FROM ROME

Anzio is  51 km. away from Rome and can be reached easily by train from Termini. The tickets are very cheap, less than 5€ and the train goes directly to the city center of Anzio. You can buy the tickets online from Trenitalia but there is no reason to do that: the train is “regionale” which means that the price is fixed. You can just go to Termini, buy your ticket and hop on the first train!

Anzio in Italy is famous mostly for its beach: it has a blue flag and clear, blue waters. The coastline is quite big, and it has golden sands. Romans love this place, they tend to spend beautiful beach day trips from Rome, and a lot of them have already bought a house here.

If you are visiting Rome in the summer and you are planning to go swimming, you can easily rent a room or an Airbnb for a couple of nights here. If you are thinking of buying a house here, forget it: I took a look, and the prices are incredibly high! With 200k you just get a tiny 2-bedroom flat!

Apart from the beach, you have to know that Anzio is a small port. Or better to say a marina?

It has a lot of boats; you can watch the Italian fisherman bring ashore the fresh fish that will be cooked later at one of the restaurants by the sea.

The second thing you should know is that from Anzio you can get the boat to Ponza, Palmarola and Ventotene islands. If you have never heard of them, don’t worry, they’re some of the most favorite places where wealthy Romans tend to spend their weekends in June and July.

Furthermore, here has taken place one of the most famous battles of the 2nd World War. 7000 people lost their lives, and a big proportion of them were American. The American Cemetery is visited often by the relatives of the lost ones.

THINGS TO DO IN ANZIO IN THE WINTER

But this place is not only being visited for the cemetery or the beach. Locals come all year round to eat fresh fish by the sea. There are so many restaurants in Anzio that serve fresh fish.

I decided to eat fresh food too but apparently I wasn’t the only one. It was a sunny Sunday in January, but everywhere there were queues and people waiting. I asked if there was a free table, but everyone said that they had a lot of reservations already…one restaurant said that the fish was finished too!

It was ok. I just had some pizza, gelato and walked by the beach.

The only negative thing about this trip had to do with cars. A lot of people decided to come with the car, and that resulted in a huge traffic jam in a tiny port. There was smog and noise, and I saw some drivers frustrated, not knowing where to park. I strongly advise you not to drive to Anzio, just take the train!

Conclusion: I will visit this city again and the city of Nettuno that was very close too. Next time I will plan ahead my day trip to Anzio from Rome and make a reservation in a nice restaurant! 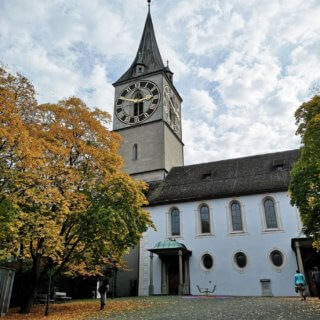 Let's admit it. Switzerland is not the first place that pops into your mind when you think about your next travel 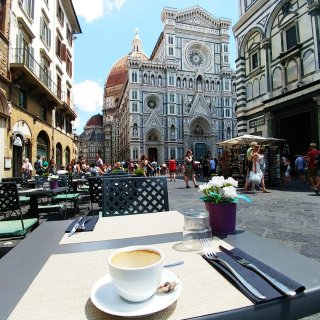 Which is the most beautiful city in the world? For many it's Florence, and I would probably agree! There are so many 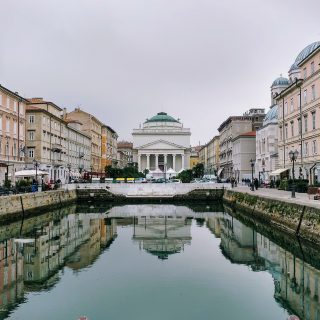 Trieste is one of the destinations that I had on my bucket list for a long time and finally, I managed to visit this

Not everybody will be happy with a visit to Porta Portese. If it's your first time in Rome, you will...